I can do hard and scary things

Hate is such a strong word but it is true.

I hate, or feel an intense and passionate dislike, for flying in an airplane. Because the scientist in me knows how flying works (Bernoulli’s principle) and yet the control freak in me wants to be able to fix a problem (should one arise) and the claustrophobic in me wants to get THE HELL OFF THE PLANE but you can’t do that at 33,000 feet, not in a sane way anyway and when turbulence hits, well. Flip me over, because I. Am. Done.

(But please don’t flip me over because I think if I flipped over in a plane I truly would be done.  Although I did come close once, the pilot of a tiny plane we flew in decided it would be fun for us to fly sideways. Over Victoria Falls. But that’s another story from a LONG time ago)

I’d like to say this fear came from a two hour flight to Belize years ago where I experienced extreme turbulence the ENTIRE flight, so bad it threw the stewardess onto the floor. The pilot kept coming over the intercom, apologizing. He flew higher, more left, more right, lower, basically tried everything to get us out of the turbulence but it didn’t work. So we sat there, being jostled all over the place, and just took it. 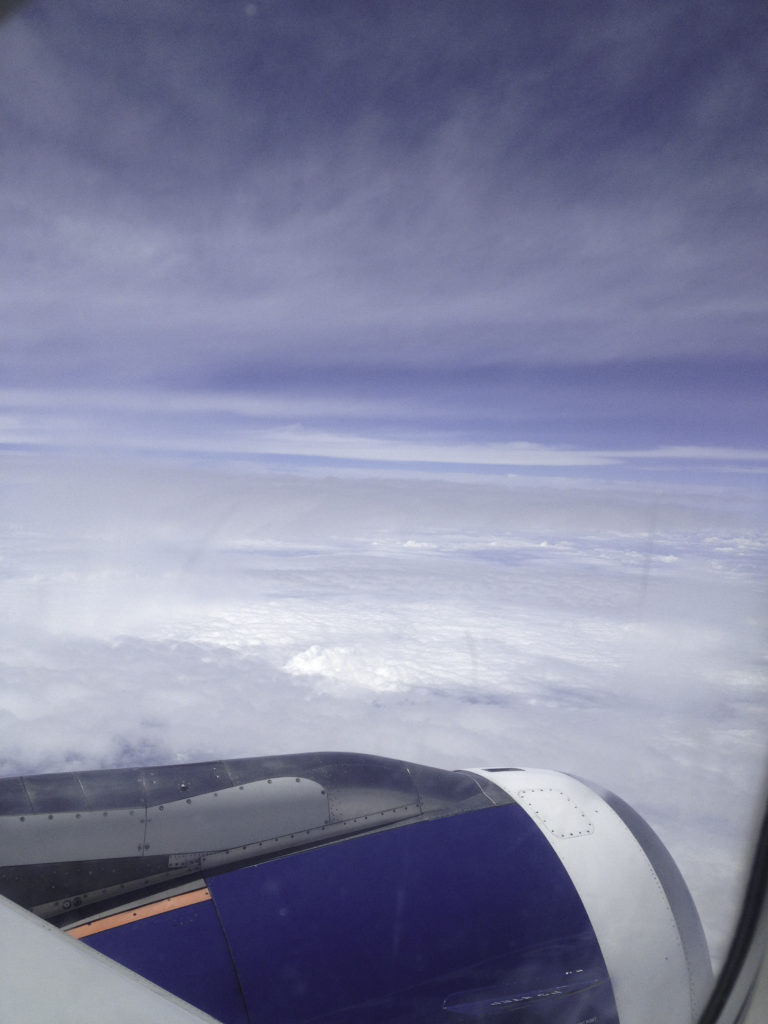 But even after that horrendous flight, I wasn’t scared and boarded numerous planes for a few more years. And then one day, something changed. The reality of my body being hurdled through the atmosphere at over 500 miles per hour, with air pockets throwing us around like a feather, knowing that three small pieces of rubber and the angle of an aluminum wing should slow us down, THAT REALITY hit. And ever since then, for me, flying is sheer terror.

I can do hard and scary things. I’ve been evacuated off a mountain because of an encroaching forest fire. I’ve scuba dived with sharks the size of a twin bed. I’ve been charged by Cape Buffalo while sitting in a jeep. I’ve watched a tornado twist out of the sky, close enough to know we needed to get the hell out of there. I’ve held my daughter while she struggled to breathe every night for too many nights due to whooping cough. I kissed my husband before he went overseas to fight in a war.

Wild animals, natural disasters, illness, and war. Got it.

These are hard things, which challenged my core and took me places I never expected.
To joy. And strength. And courage.

But flying in an airplane? That takes me straight to Exponentially High Stress and Immediate Terror.  In others words, to about a millimeter away from a stroke.

I know, I know the statistics. “You’re more likely to get in a car accident than die on a plane,” I know. And although true and my mind totally accepts this, my body does not.

And so boarding our flight to Scotland two weeks ago, my heart racing and my skin tingling as though I’d been struck by lightning, I said my prayers and accepted my fate. That I would be in this contraption for over six hours straight.  And as I was jostled around through another two hours of turbulence where I could see the wing of the plane bobbing up and down, followed by two hours of no sleep while I attempted to remain calm, followed by two hours of taking care of a sick daughter due to turbulence, I reminded myself: You can do hard and scary things.

I love landings. They’re my favorite part. And it’s funny because most people I talk with are scared of landing. Not me (despite the statistics which state you have a greater chance of a crash during take-off and landings). I don’t care what the data says, as the ground gets closer, I get happier. And more relaxed. And can smile and breathe again.

And when the scenery of where I land is as beautiful as this: 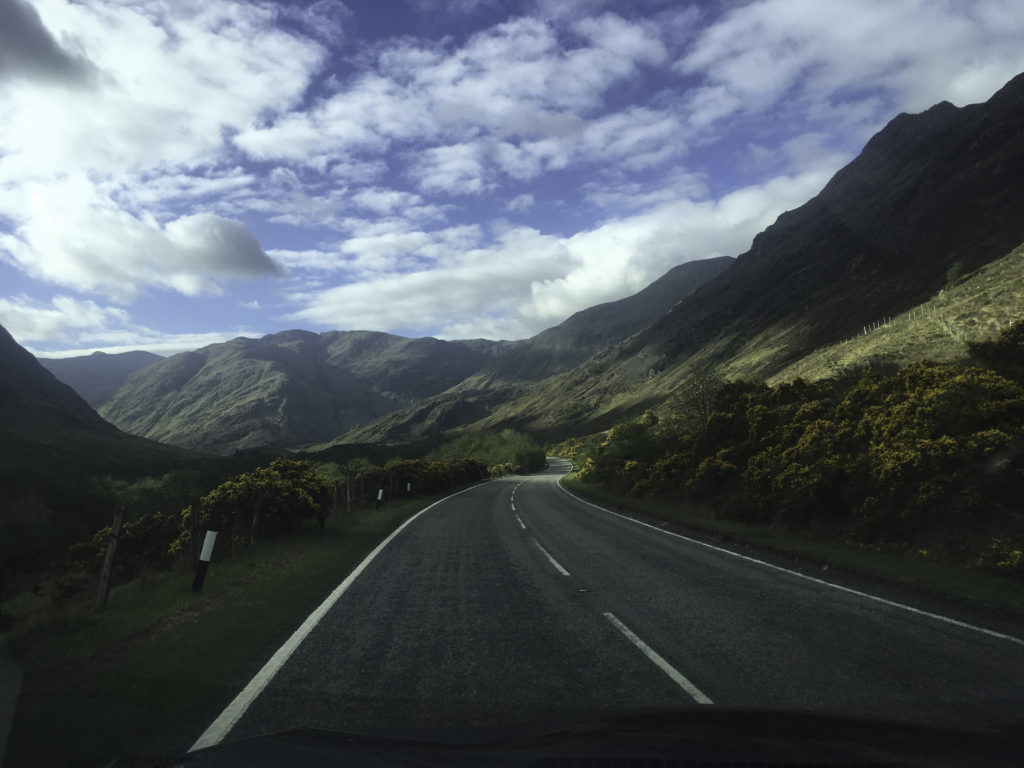 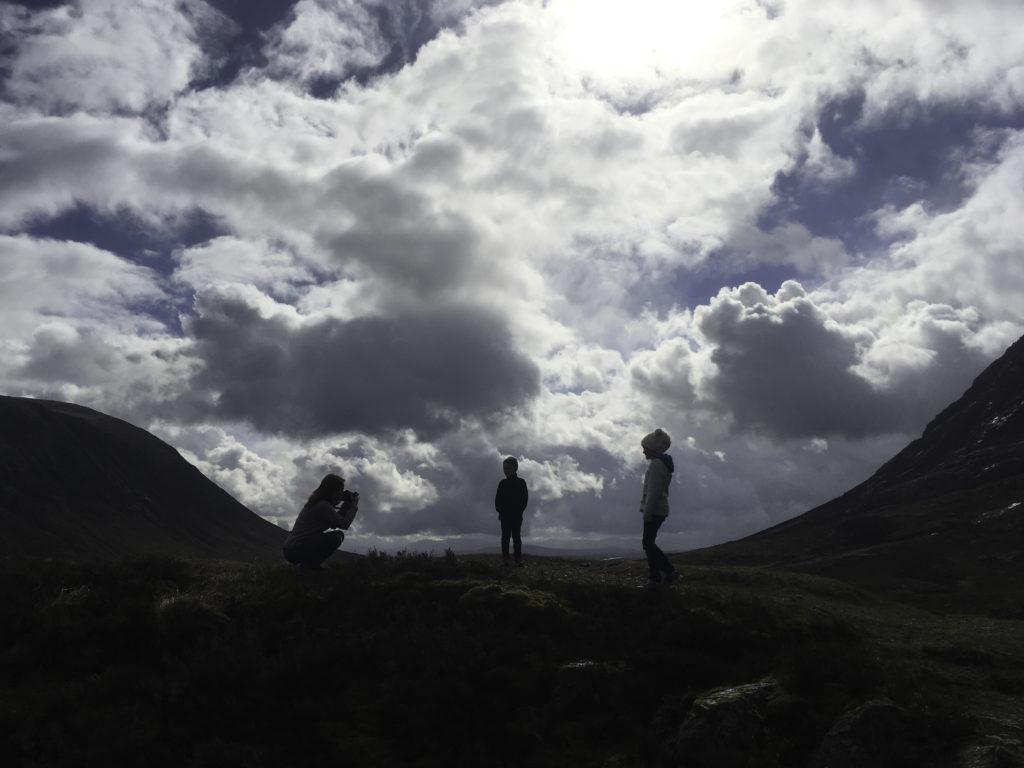 it does make the hours of sheer terror worth every second.

Until next time, dear pilots and stewardesses and bullet of steel or aluminum or whatever the hell planes are made of these days, thank you for your calm ways, for your smiles, for your reassurances, and for your beautiful landings. I will continue to fly, for I love to see the world, but I’m happiest with my feet on the ground.