My attitude towards change…

The first time I heard it, I remember being in a large room, maybe a school cafeteria, where I was probably at a conference or seminar of some sort. The speaker said, “Nobody likes change.”

Everyone around me nodded their heads or a emitted a “hmph.”

Everyone agreed. Everyone except me.

Those words shocked me, because I remember, very clearly, thinking, “What? What do they mean, nobody likes change?”

Liking change is one of my fundamental truths.

I wanted to shake my head vigorously, to stand up and say, No, that’s not true. But that wasn’t the point of the conference. The point was to agree and move on to the learning. So I succumbed but all I learned that day is that not everyone likes change. And I do.

I come back to this truth often because it has served me well.

Although I don’t enjoy the process of moving, I enjoy exploring new places and meeting new people. And that has helped me through numerous moves across the country.

On myself, I like long hair and short hair and medium length hair and straight hair and curly hair. And so I change my hair often.

About twice a year I look around my house and wonder, Is this really the best way to arrange the furniture in this room? And inevitably the answer is no, and so I move furniture.

These are examples of simple, easy changes. What about the change of losing a job? Of ending a marriage? Of living life in a new way? What about the big changes in life?

Sometimes change is so big, it overwhelms us and adjusting to our new norm?  Therein lies the struggle with change. We liked the status quo. Now we have a different path, something we weren’t planning on and certainly don’t want to do. Sometimes change is easy. Other times? We are so resistant, you have to practically beat the change into us.

I’m writing about this because I’ve been wondering why I like change.

It’s winter. Very rarely do I hear anyone say, “Man, I love winter! All of the cold and snow just makes me so happy.”  Quite the opposite, in fact. I hear lots of grumbling about all of this snow and about the cold, oh, the cold! And it is usually followed by, man, if it would just be warm year round.

Did you hear that? If only it would remain the same, the way I like it, all the time. Do you hear that resistance to change? Even seasons bring out the change haters.

Which got me thinking…I grew up in the midwest, where every three months or so, the seasons changed, aka when you opened your front door, the world you lived in was something completely different than it was a mere few weeks ago.

If summer was too hot, you pushed through because you knew in September the temperature would drop, and in weeks the leaves would change from lush green to brilliant yellow, the air would become crisp, and the fires of burning leaves brought not only familiar smells but made heat feel good again.

And eventually, just when you thought you couldn’t stand the sight of one more bare tree, of one more patch of brown grass, of a seemingly life-less world, snow would wrap everything in a dream of white and your environment changed.

And when all of the hustle and bustle of the holidays had passed, when February arrived and your body’s response to shoveling more snow was to shout, No more snow! the sun would arrive one day, and the snow would melt, just a little. Mother Nature’s way of letting you know change was coming. Just be patient.

And sure enough, the days began to grow longer and the melted snow left behind muddy yards and piles of graying snow in grocery store parking lots. The world took on a dirty, grungy appearance until one day, you noticed buds on the trees outside your front door. Crocus would push through small bits of remaining snow and brought brilliant colors to an otherwise drab world. Just wait, she was saying, change is coming.

And spring would arrive, bringing days of 60 degrees, which meant the summer clothes could be dug out from the backs of closets and drawers (although funny how 60 degrees in the fall means jeans and sweatshirts). Between growing grass blades and brand new baby leaves, the spectrum of green in Spring showed us colors we didn’t know existed. The tulips and daffodils, the azaleas and lilacs left our noses eager to see what scents nature would produce tomorrow.

And with a whisper, spring would lose her brilliance of color and replace it with summer, a world of warm days, tanned shoulders, and the cooling of bodies through crips drinks and ice cream.

Year after year, this was my norm. If you didn’t like something, just wait. Change came, sometimes drastic, sometimes subtle, sometimes overnight, and other times, change stretched her legs, bringing that change ever-so-slowly. But change came every few months, bringing an entire new world outside my window.

There was nothing I could do to stop it.

Never once did it occur to me to try and change the change.

Nature showed me that change is inevitable.

She showed me that wishes whispered behind a scarf while shoveling on a brutally cold night sometimes come true, with patience and time.

And she showed me that often those wishes come to fruition in a much different way than we anticipated. Like the late winter storm which dumped 10 inches of snow on us last year, even though it was April. What we couldn’t see was the feeding of roots in the soil, which allowed spring to arrive in a flourish, a mere few weeks later. Without that 10 inches of snow, spring wouldn’t have been nearly as wonderful.

Seasonal changes prepared me for the inevitable changes which occur throughout life, both those I create and those out of my control.

Mother nature is a good teacher. 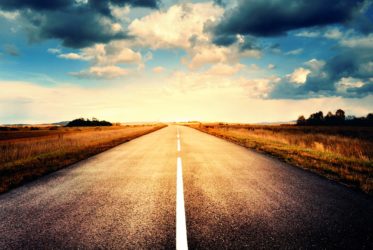 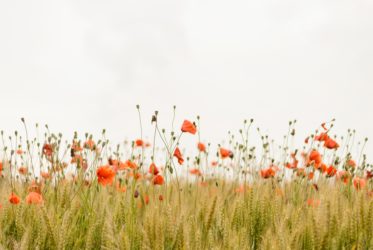